On Tuesday, Nov 17th the Planning Board continued discussions about the Navian Project proposal. The independent hydrologist report was reviewed. There was lots of fluﬀ, but two numbers stood out. Assuming an average rainfall of 46 inches per year, the Navian property can produce 57 gallons of water per minute. The water demands of the project, based on 150 gallons per day per bedroom, is 21 gpm. (Not counting the water returned to the aquifer via septic systems). No worst case scenarios were developed or addressed. Given that we’ve been through two droughts in the last two years that seems important. The public and the board members agree on that and will proceed with an independent review of the report. The PB hopes to have that by a Dec 7th meeting, which is the limit of the 3 month time period in which they are obligated to give Navian an answer. If that can’t be done then the developer will be asked to request an extension.

Roberta Oeser expressed concern about lead on the property contaminating wells, (considering the number of children anticipated in the development). She recommended that the developer look into this.

The storm water management plan was discussed. It is a 289 page document found on the PB web site. It is an extremely detailed plan that includes calculations of post development runoﬀ compared to predevelopment runoﬀ. The numbers are favorable, ie., less runoﬀ and cleaner runoﬀ after development. The plan calls for berms, swales, retention ponds and holding ponds throughout the development. The importance of ongoing maintenance of these structures is stressed in the plan itself. A party responsible for such maintenance must be stated as part of the project. Navian is currently named as the responsible party. I have a question into Kirk Stenerson asking who is the default? What if Navian folds? Who inherits the responsibility of inspecting and maintaining the structures?

The Rindge Conservation Committee’s request that a natural resources survey be done was brushed oﬀ, as was their contention that the common lands require the same regulation as if they were in conservancy. I’m hoping the RCC will be present at the next meeting to counter those moves.

Monomonac Lake Property Owners Association (MLPOA) exists to help protect the health of Lake Monomonac. The volunteers at MLPOA work hard to protect the health of our lake and in turn our property values. How can you be a part of the right choice? The answer is through Membership, Knowledge and Vigilance. 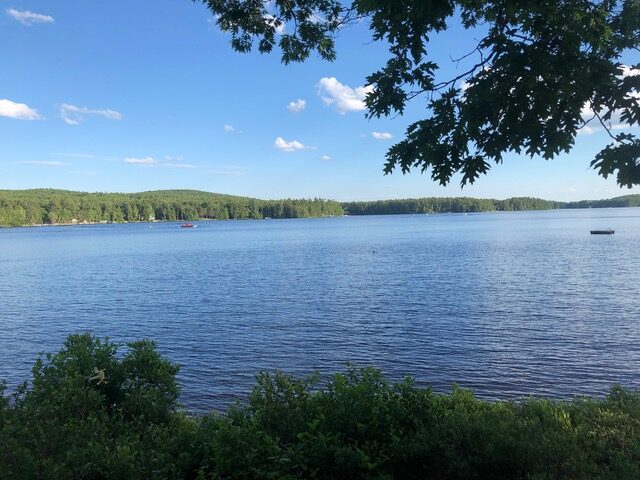