This year there has been much controversy and rumors about this year’s drawdown of the lake. Since the dam and spillway are located in Winchendon, MA  and permission for a drawdown must be granted in an Order of Condition approved by the MA DEP and Winchendon Conservation Commission. The Order of Condition that has been in place for the past few years has been for a 2′ drawdown starting around Oct. 15.

In August the Winchendon Springs Lake Association (WSLA) asked if MLPOA would support them in an effort to seek a 3′ drawdown instead of 2′ in an effort to control some of the Milfoil and to allow property owners a chance to do repairs. Our association agreed and MLPOA sent a letter of support. 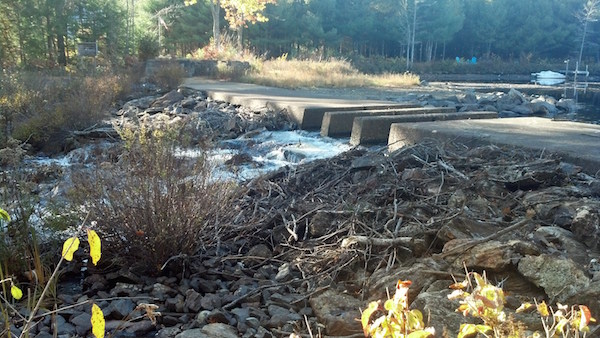 Members of the WSLA presented their case for the additional drawdown in a preliminary hearing of the Winchendon Conservation Commission. They were denied at that time because of issues with the owners of the Mylec/mill building. Those issues seem to be resolved but in WSLA’s research they discovered the old Order of Condition had expired. Since a new one had to be written and approved it was decided by both associations to ask for a 3′ draw down instead of the 2′.

Jon Lewandowski of the WSLA volunteered to write the new order and present it to Winchendon Conservation Commission. The Commission met this last Thursday Oct. 22 and Jon along with Wendy Gendron of Aquatic Restoration Consultants presented the new Order of Condition with the 3′ draw down to the members. Without going into great detail they were asked many questions about why they wanted a 3′ draw down, when the draw down should begin and end and how it would effect the health of the lake and property owners. They also questioned why the old order had expired.
Jon and Wendy were well prepared and did an excellent job in addressing the commissioners concerns and questions but in the end were denied the new Order of Condition.

The determining factor in the commission’s decision seemed to be the issue of shallow wells and that all property owners had not been notified of the intent to draw the lake down an additional foot. When 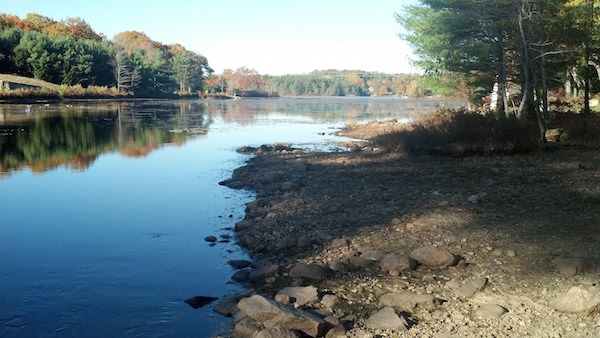 opened to the public a lake resident spoke of his concerns for his and other residents shallow wells and that a survey should have been conducted by both associations to determine the number of shallow wells still in use around the lake. His testimony seemed to be the one of the main determining factor in the commissions decision.

The commission’s final decision was to allow an emergency draw down of 2′ for this year and to reopen the hearings at a later date after the commission members have done some research and the associations have conducted a survey to identify all the shallow wells and a plan of notification.

It is too late in this season to pursue this any further but we will need to meet with representatives of the WALA in the near future to determine how to proceed.

Questions or comments? Contact Phil at philsimzvm@gmail.com or home phone 603-899-6712.